skip to main | skip to sidebar

One short hour until the bike bar party amoeba sets forth!
The excitement is palatable.
By that I mean that it is very tasty. It tastes quite like taco salad, in point of fact.

Why a bike bar party amoeba?
It's an amoeba because it may split, divide, or "mitose" at any moment. It may also absorb any smaller, lesser, weaker, parties that it comes across.

"bar" because we plan to stop at bars. duh.

"party" because, well, just because. Because I said.


As a side note, I don't use the word "pecuniary" enough. I intend to use it in conversation today. Also "pulchritude" I don't under use Pulchritude.
Posted by Unknown at 3:36 PM No comments:

The utility sink in the basement has been cracked since we bought this house, it finally got bad enough that we needed to replace it.
Anne and I installed a new sink in our basement this weekend.
Horray! We can plumb!
Posted by Unknown at 4:57 PM No comments:

We (Anne and I) fixed our kitchen drain today!
Woo! We can do this stuff!
We found a big puddle in the kitchen cupboard this morning, and with two trips to the hardware store and one to the plumbing supply store, I think it's fixed. Took hours, and a long time with the hacksaw.

Final analysis is still pending, we might get home and find a mess tonight.

Letter to my Senators

This is a copy of the letter I sent to my senators.

First of all, I would like to say that I am a voting Missouri resident.
Second, I would like to share with you my thoughts on health care.
We have a tough decision to make regarding health care. This decision cannot be put off any longer than is has already. We need to decide if we want to join the ranks of the preeminent industralized nations of the world or if want to languish in squalor.
Health care has become unaffordable for all but the wealthy in the United States. We must access to health care open to all citizens of the United States.
Our only alternative is to admit that we have faltered and that we are no longer a country of equals, but that we are stratified into a ruling bourgeois and a proletariat.

Really, That's all I have to say on the issue.
Posted by Unknown at 8:44 AM No comments:

I've had too much espresso this morning. 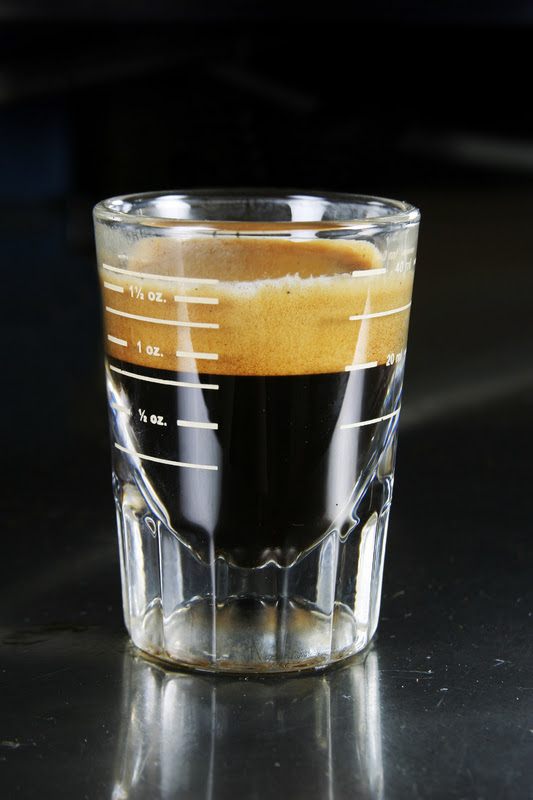 The espresso has had a bit of a bitter taste lately which is not my favorite.
I blame an itenerant batch of Columbia. Not the usual stuff, it was organic instead of our usual excelso. Anyway, it's gone, replaced with a Peru. That has made the bitter taste dissappear.
So, when I got here I had a double shot. It was so yummy I had to follow it up with another one. Then a couple of people ordered drinks with odd numbers of shots, leaving one left over from each. Cant' let those go to waste.

So, I'm a bit jittery this morning.
Posted by Unknown at 7:36 AM No comments:

Has never seems so strange?
Meh.
Anne and I went on vacation in July, and I took over roasting at Northwest.

And, I rode a bicycle across Missouri! Ha!
I will say that for an epic ride in July, it was not too hot, not too rainy and very nearly perfect.
I will also say that there are apparently mosquitos large enough to have stripes along the Missouri river. Seriously, I would have thought they were mosquitohawks if it had not been biteing me.

You can read more about the trip on my other blog. It's invitation only, so if you are reading this, just email me (Brian dot Romine at gmail) and I'll send you an invitation.
Posted by Unknown at 6:24 AM No comments:

For obvious reasons, I tend to post less when I'm busy, and thusly should have more to say. Well, I have been Very busy this past month, so I have not posted at all.

First and most interestingly, I have taken over as the roaster for Northwest Coffee Roasting. Awesome. I've been doing all of the roasting for two weeks, and Eric (the soon to be former roaster) has a couple of roasting days left before he's gone entirely.

Secondly, we got rear eneded in our truck. The bumper was dented. The other guys car may be totalled. It's fixed now. The other guys insurance company seems to have done right by us. Who knew that ever happened?

Thirdly, Anne and I were in our first ever bike race. It was awesome. We were promised fun, and it was delivered. I will only divulge details on the bike race in person, so ask.

Fourthly, our garden has taken off. Crazy! We've got carrots, we'll have tomatoes eventually, we've planted some herbs, and our beans seem to be dieing. :( I spent a while weeding this morning. I pulled up about a bushel of mint. Lots of mint.

Fifthly, Anne's latin class has just finished. It is good. 5 weeks is not enough to learn Latin. Also, Latin grammer is stupid hard. Really. I found a page she conjugated a verb on. Just one verb. The chart spilled over onto the back. A Latin verb conjugated into like 70 forms. I'm not kidding.

Finally, We have jumped into high gear in preparing for our vacation in less than two weeks now. We're taking the train to Sedaila, and biking back. It's a long way. 225ish miles. We'll have a week. We might skip it if the weather is awful, but right now it looks like it will be good.
Posted by Unknown at 12:48 PM 1 comment:

Some good and necessary links. a blog-roll of sorts. If you're not on here I must not like you.